Furzey Gardens was originally planted in the early 1920s.

Some of the beautiful and rare plants here were discovered and brought back from exotic places by the plant hunters of the early 20th century, who risked their lives searching for new specimens in areas of India, China and Tibet.

The gardens were first opened to the public in 1930.  They were filled with a vast array of different varieties, including camellias, rhododendrons, azeleas, cornus, daphne and vaccinium.

Today the gardens are well known for their dazzling spring displays of rhododendron, azalea, camelia and magnolia. Planting over recent years has ensured that there is plenty to enjoy throughout the year including beautiful displays of autumn colour from Maples, Liquidamber and Sorbus.

Read our Head Gardener’s monthly blog and our ‘What to see this month’ feature. 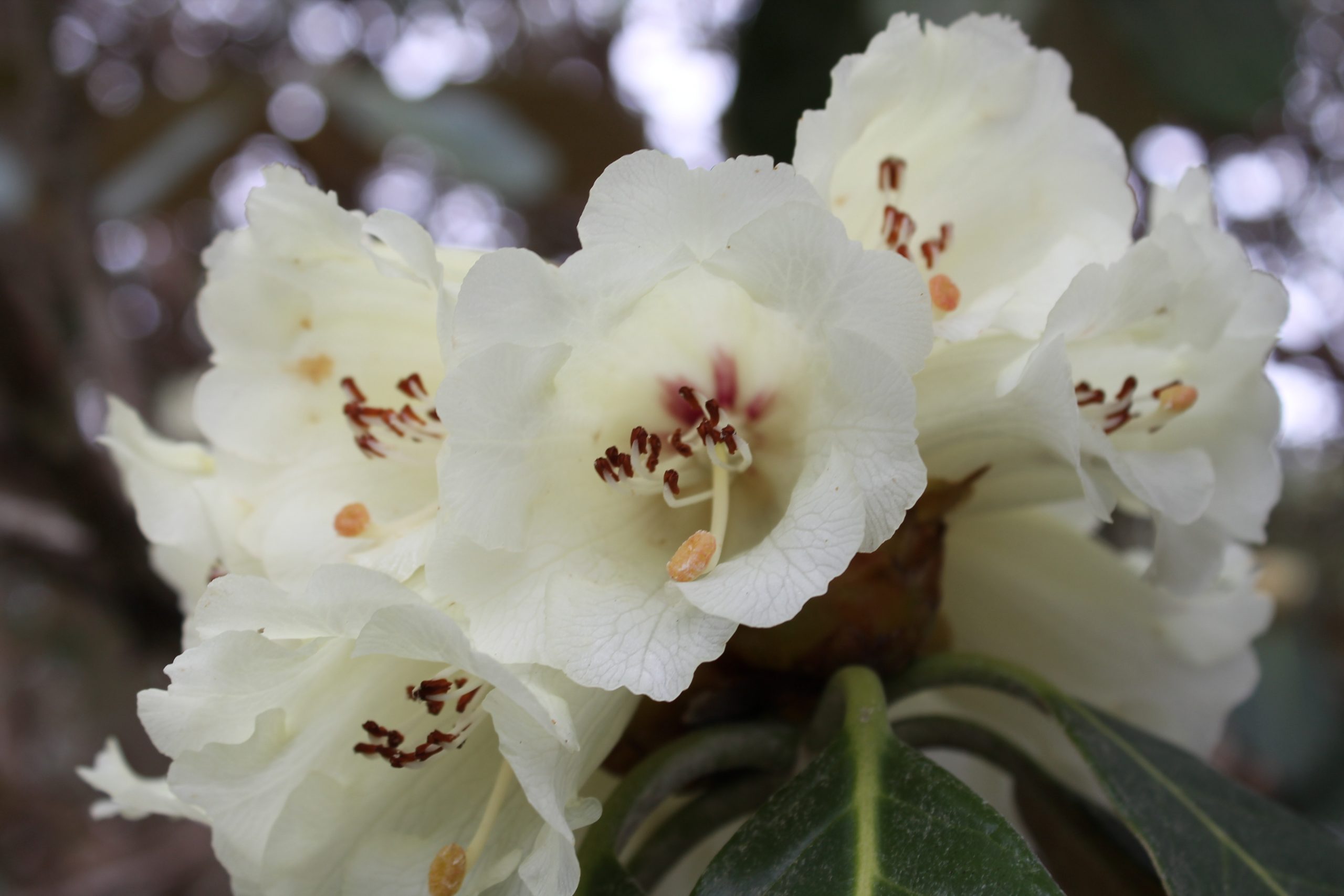 Rhododendron macacabeanum was introduced into the UK in 1927 and this is an original planting, now one of largest in the UK. Large silver green leaves and yellow flowers in early spring. Now endangered in the wild. 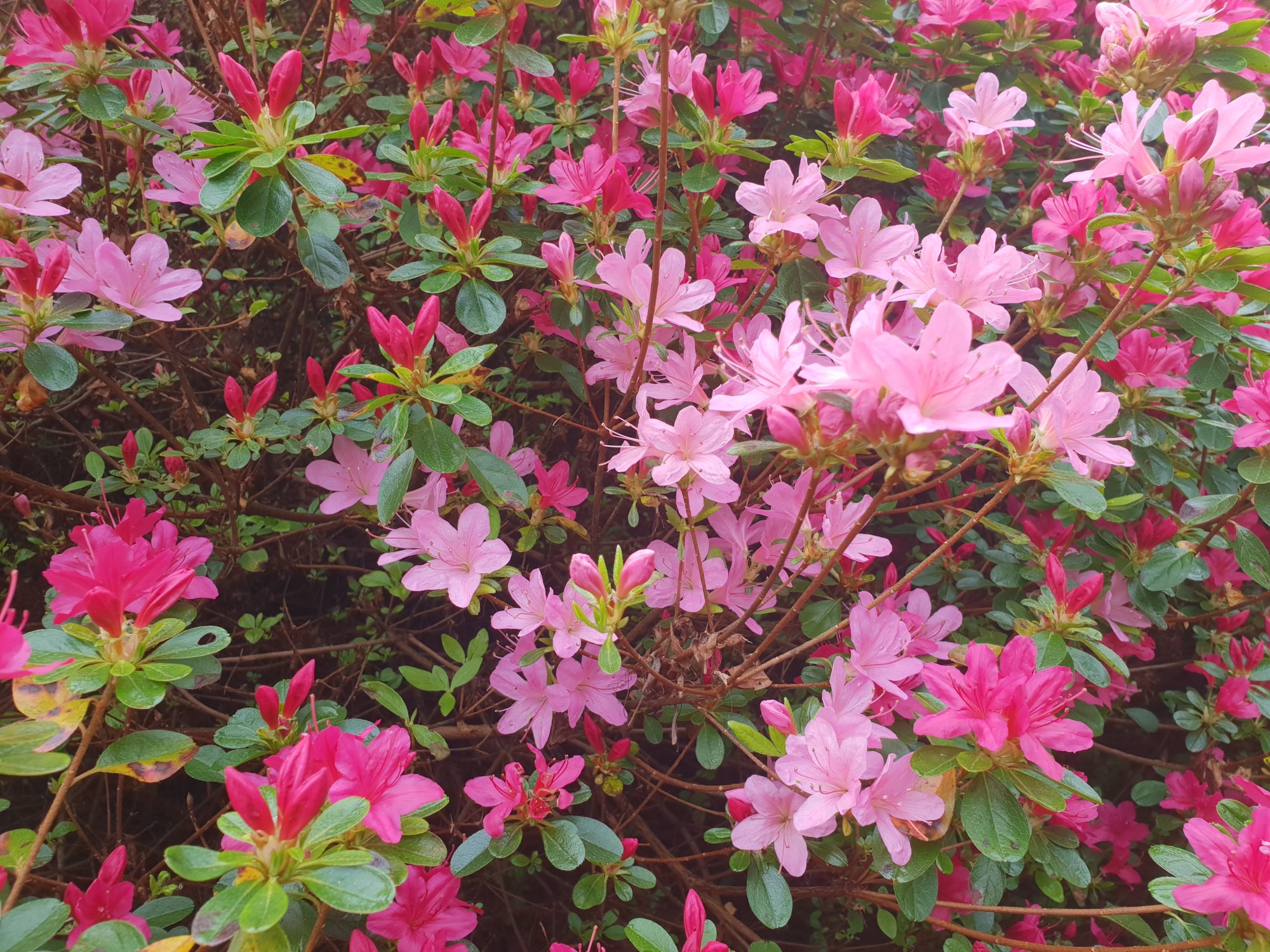 Azaleas light up the garden in spring 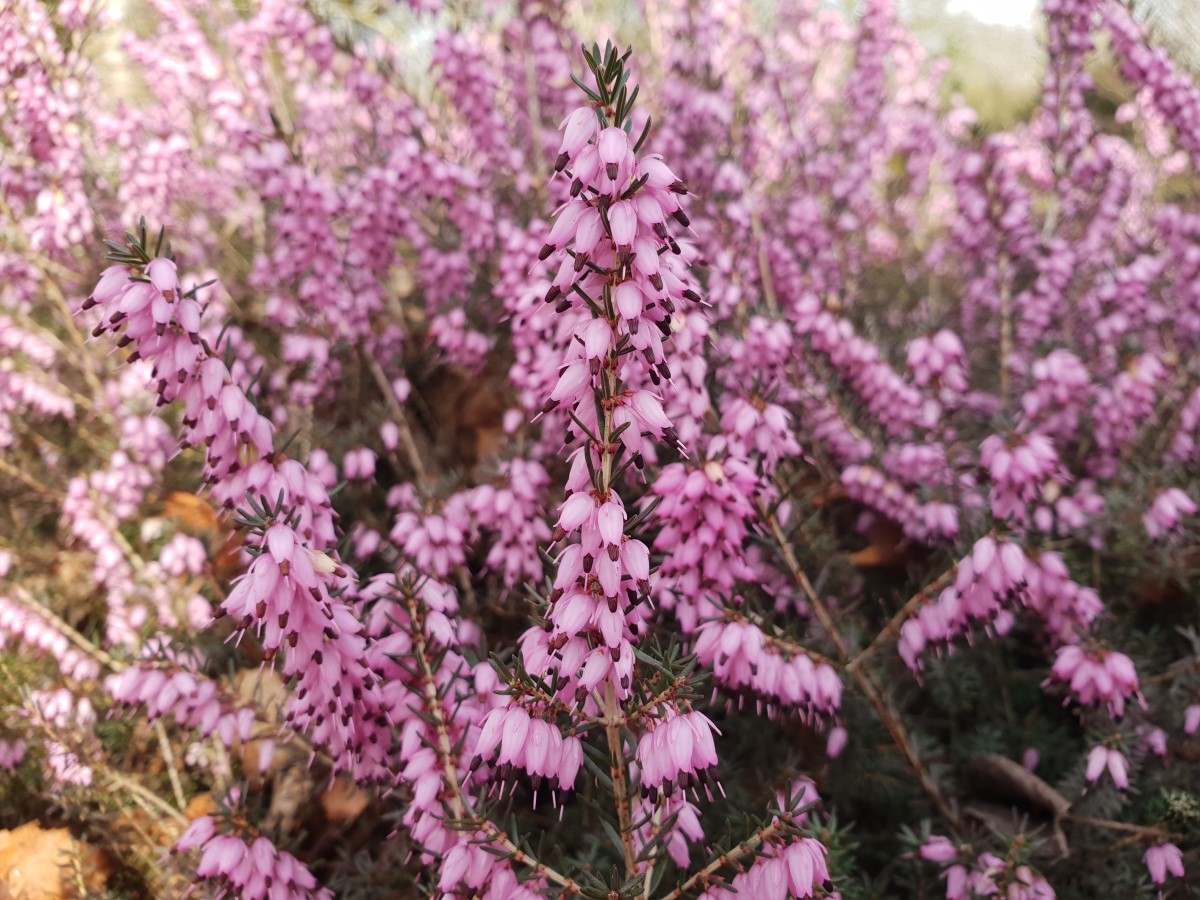 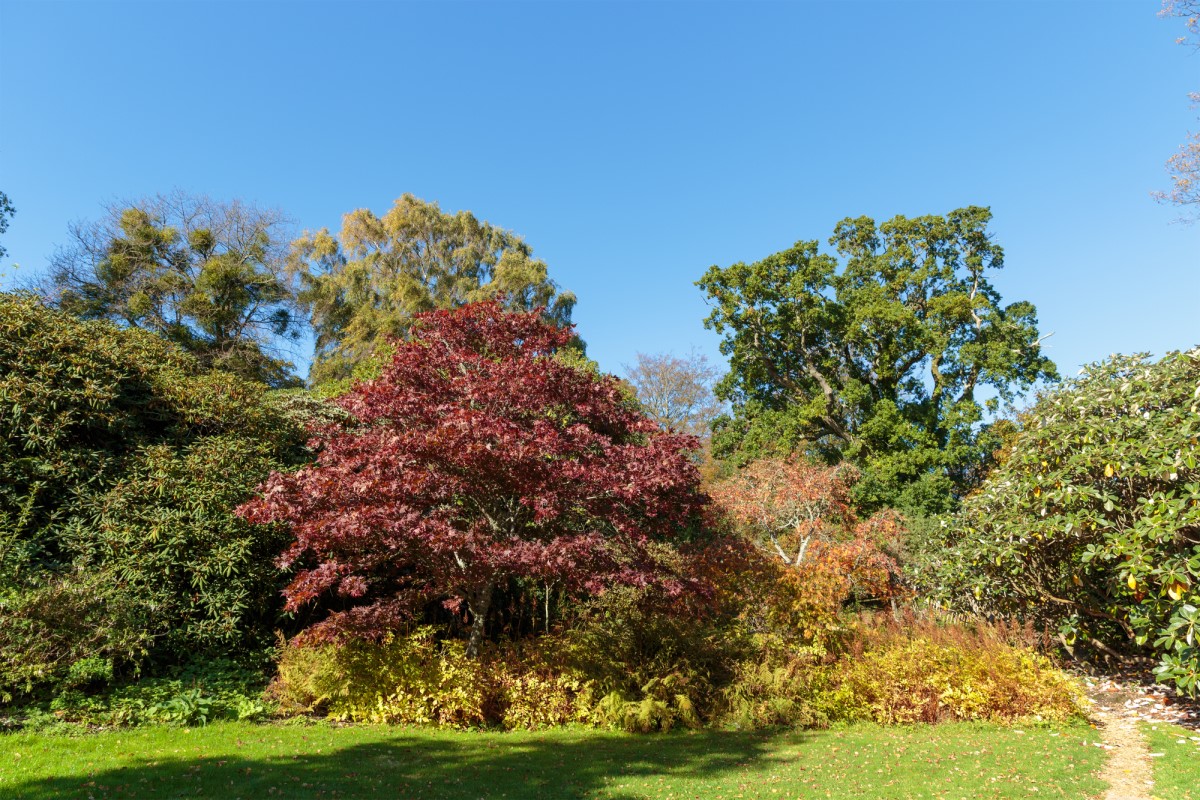 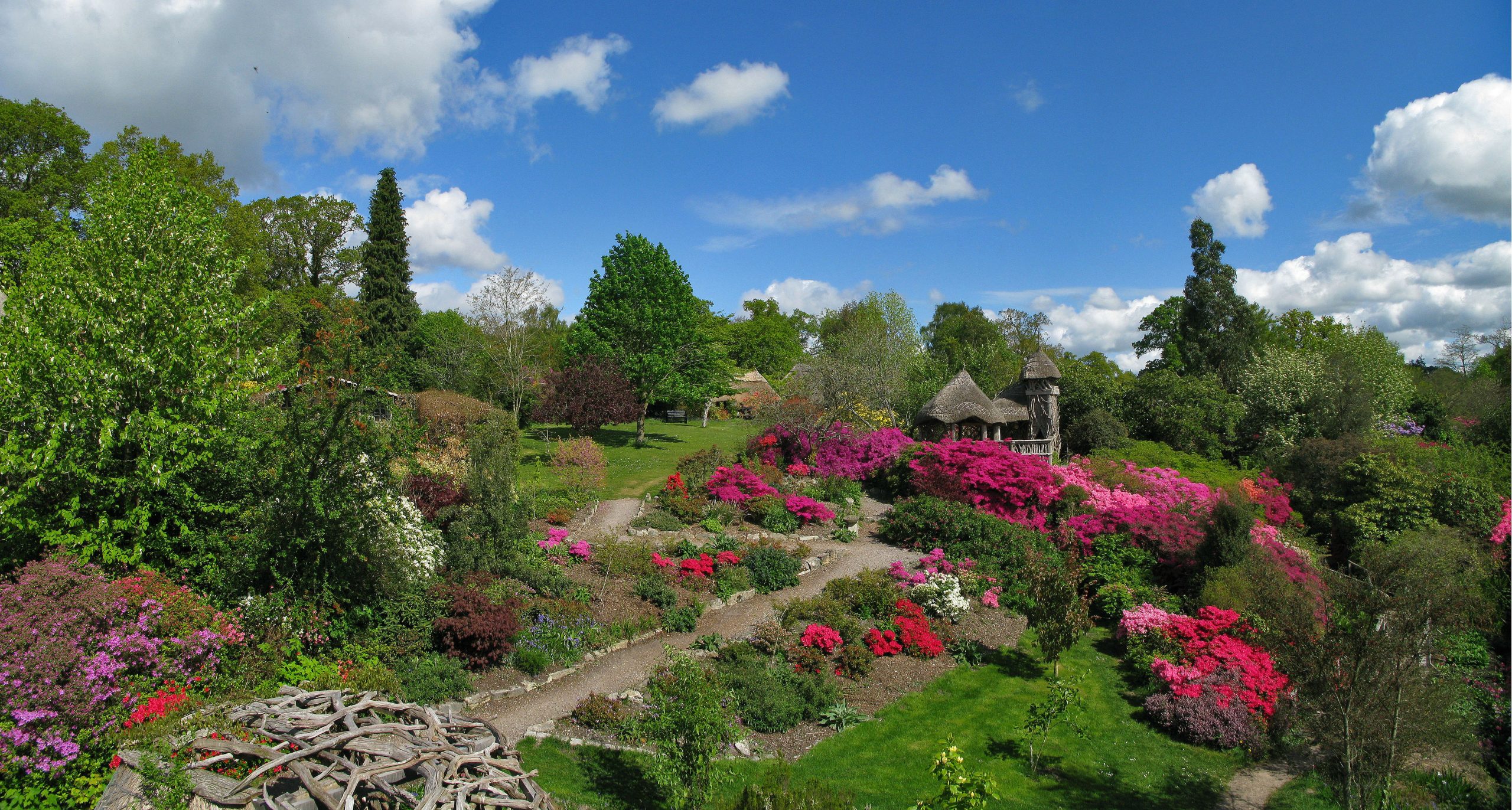 Panorama image of the gardens 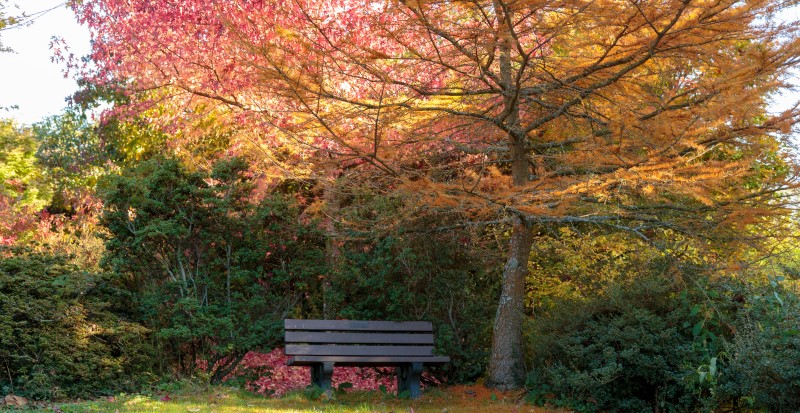 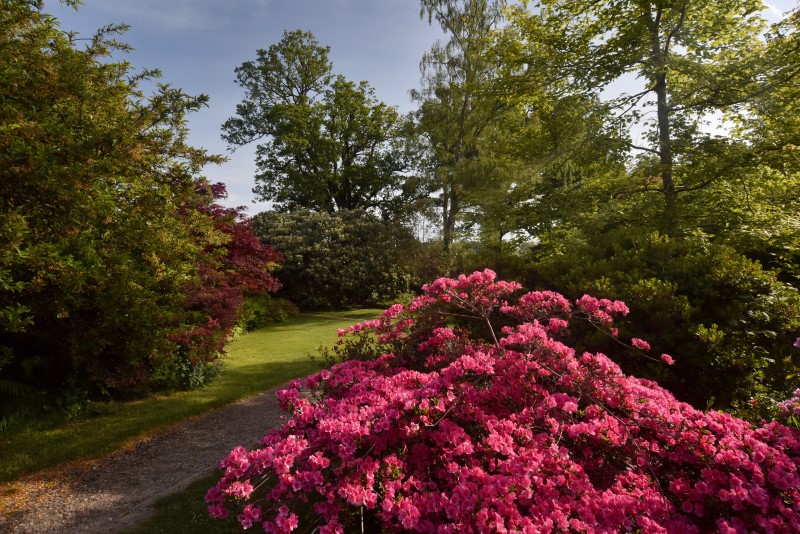 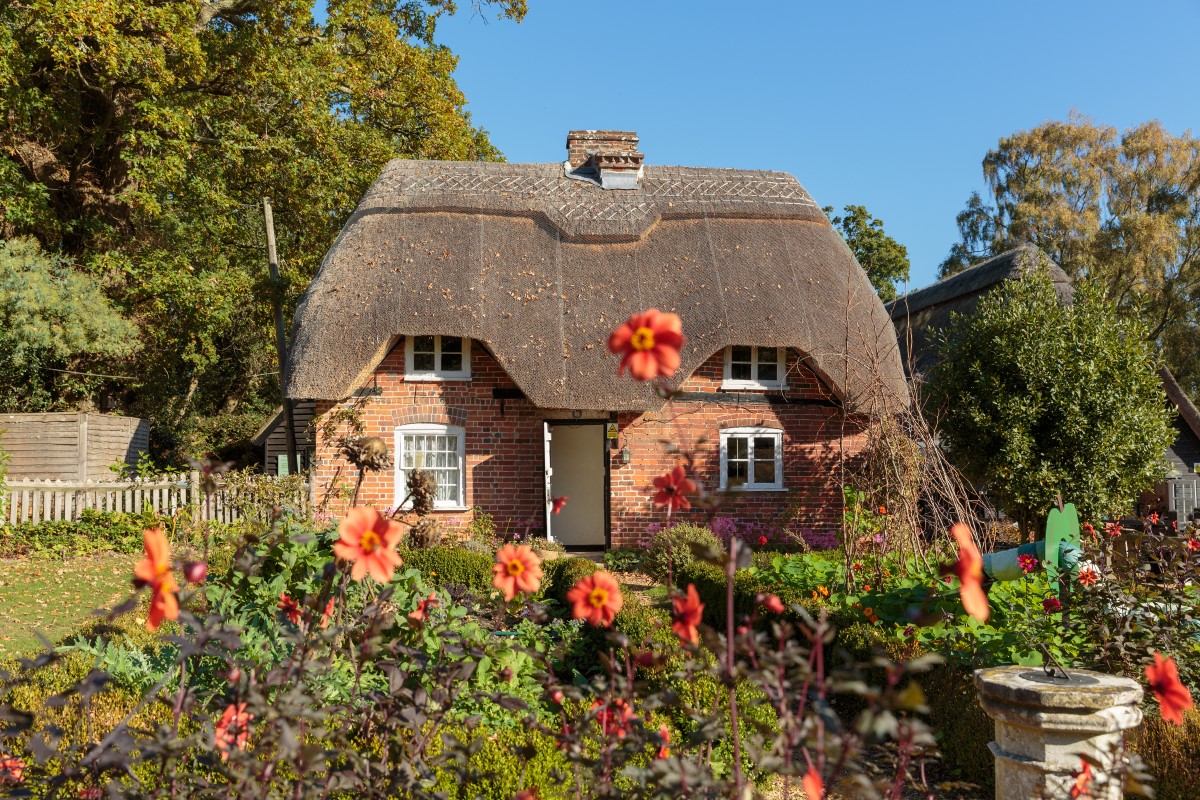 The cottage garden herbaceous borders provide a riot of colour through mid to late summer and include many old fashioned favourites such as Asters and Heleniumsas well as newer exotics like Echium and Salvias. 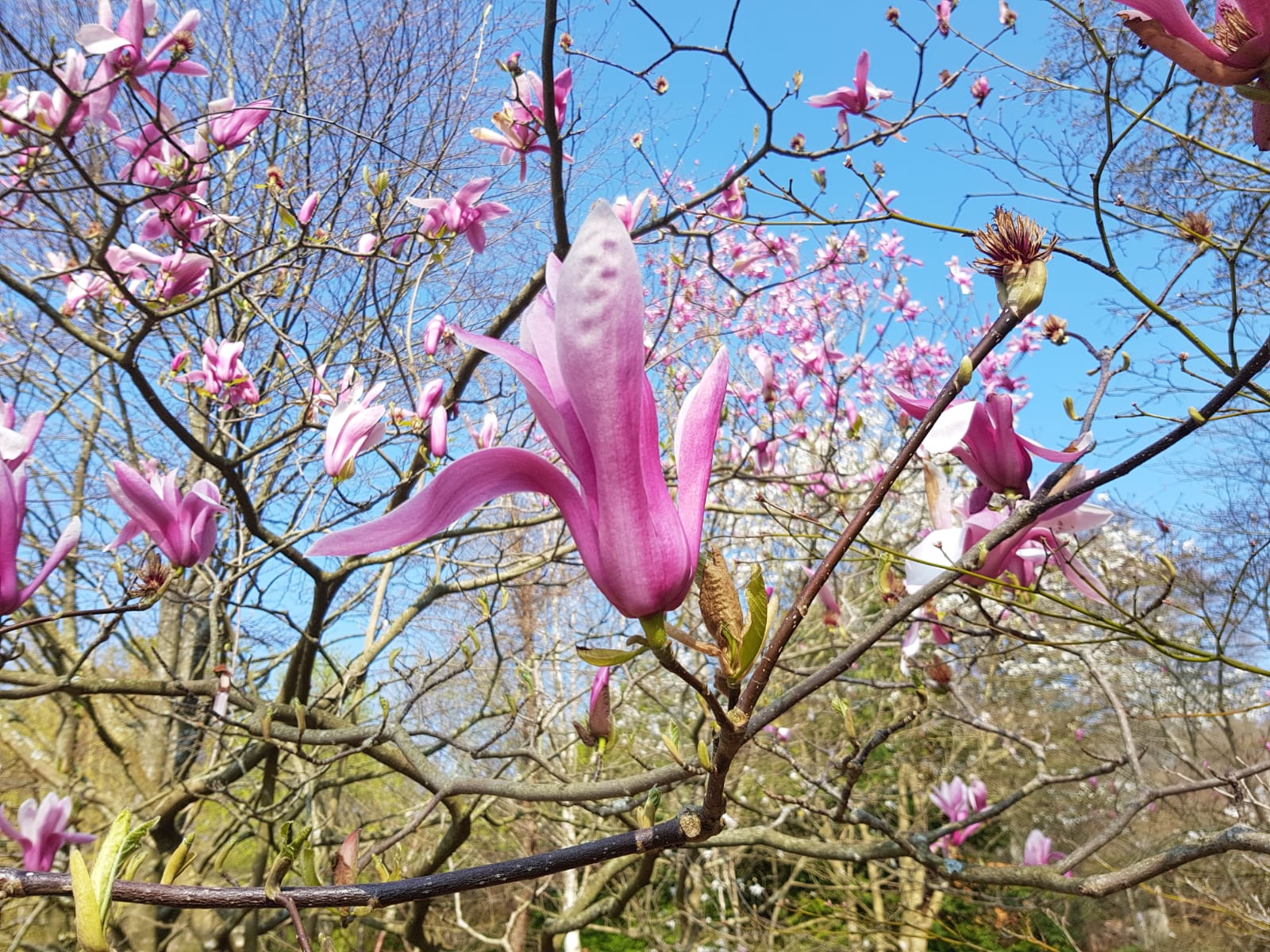 The arboretum has a varied collection of young trees, mostly planted in the 1990s, including many Acers, Magnolias and Japanese chestnuts. A colourful sight in the autumn. 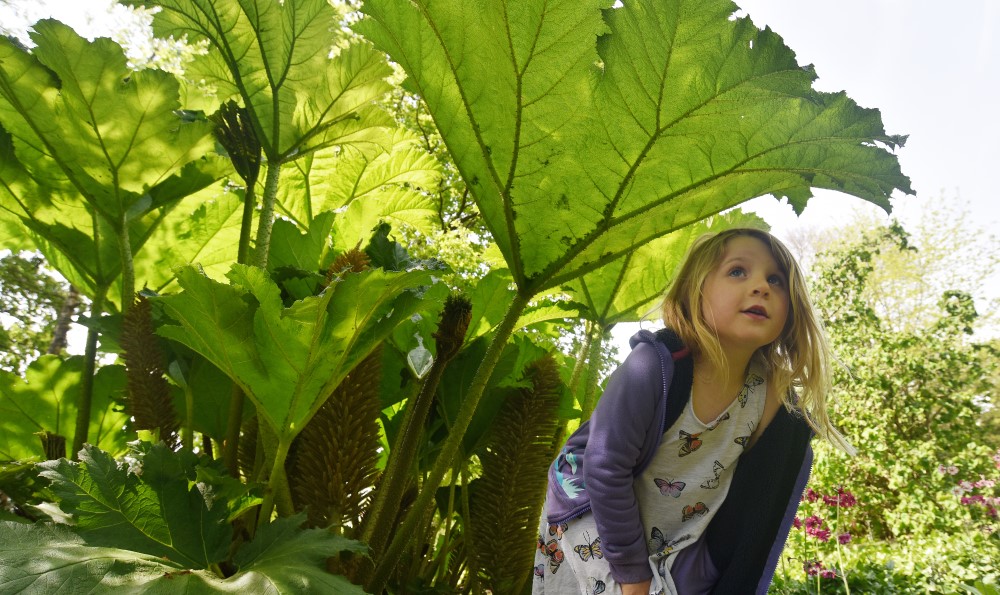 The lake is a relaxing spot to see water lilies
We use cookies to ensure that we give you the best experience on our website. If you continue to use this site we will assume that you are happy with it.Ok